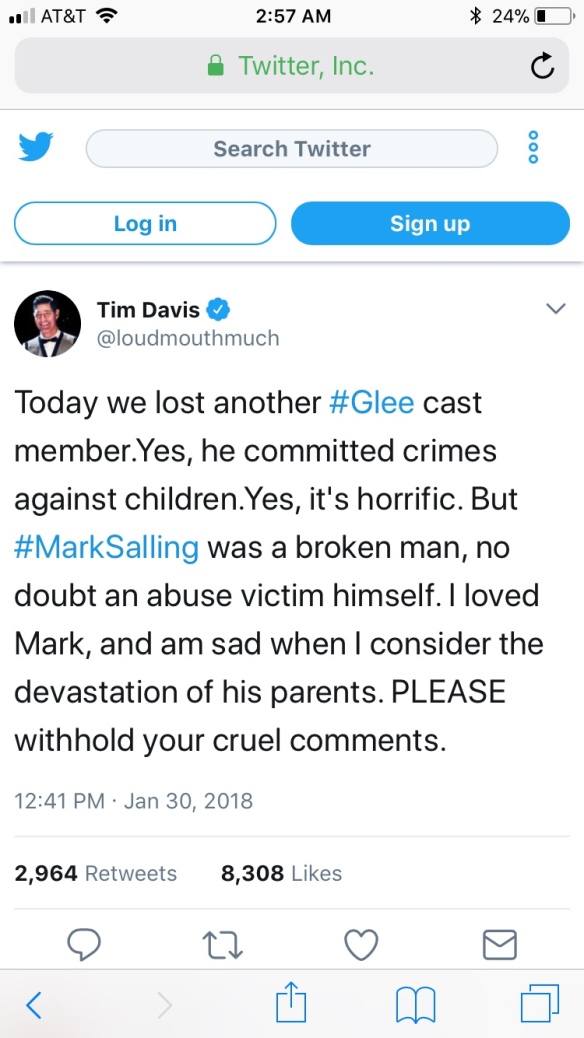 No doubt an abuse victim himself?

Tim Davis either has inside information about someone abusing Salling as a child, in which case he should report that immediately to the authorities or he has just perpetuated the kind of ignorant, baseless assumption about abuse victims which makes it so difficult for the victims to heal.

Again, if Davis knows Salling was abused he better call the police.

And if he does not, he owes every last victim of sexual abuse (including Salling’s) a retraction and an apology.

Sexual abuse victims are not de facto abusers, and to insinuate so in order to excuse the inexcusable is, to borrow from Davis–a cruel comment.